In the book of Revelation, John is shown a vision in which he sees Jesus break seals and open scrolls.  When the first four seals are broken they reveal different colored horses and release certain cataclysmic events.  These events parallel what Jesus explained to his disciples about the end times on the Mount of Olives.  He referred to these events as “The Beginning of Sorrows.”  By comparing these two accounts you can draw a better picture in your mind on what John saw in his vision and what Jesus described as ‘the beginning of sorrows’.

JOHN’S VISION:  And I looked, and behold a pale horse: and his name that sat on him was Death, and Hell followed with him. And power was given unto them over the fourth part of the earth, to kill with sword, and with hunger, and with death, and with the beasts of the earth. Revelation 6:8 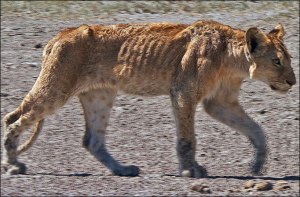 There are hundreds of plant eating pests, but the most devastating is the desert locust. Wikipedia explains it is a species of locust.  Plagues of desert locusts have threatened agricultural production in  Africa, the Middle East, and Asia for centuries. The livelihood of at least one-tenth of the world’s human population can be affected by this voracious insect.

The desert locust is potentially the most dangerous of the locust pests because of the ability of swarms to fly rapidly across great distances. It has two to five generations per year. The last major desert locust upsurge in 2004- 2205  caused significant crop losses in West Africa and had a negative impact on food security in the region. While the desert locust alone is not responsible for famines, it can be an important contributing factor.

“…his name that sat on him was Death.. and Hell followed with him.

And death and hell were cast into the lake of fire. This is the second death. Revelation 20:14

Pestilence (the bugs eat the vegetation causing hunger and death by the sword and wild animals.

Have you ever wondered what it will be like in what the Holy Bible calls the Tribulation?

“For then shall be great tribulation, such as was not since the beginning of the world to this time, no, nor ever shall be.” Matthew 24:21

Step into the future in SCARS, a gripping story of a sixteen-year-old girl who struggles to survive the Tribulation. Over 200 five-star reviews!

The Apocalypse Continues. . . . Trial by Fire takes you on an unforgettable journey through the apocalyptic ruins of a Northern California city into the vast wilderness where Brock must decide on which side he will fight. Will he bow down to the beast and take the mark?

Hundreds of rave reviews and available in most formats and most stores!