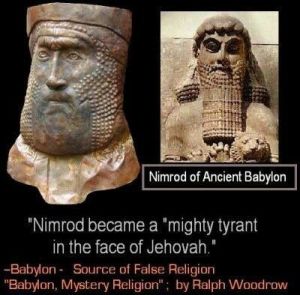 John the Revelator had a vision and in one part of his vision the angel explained what it  meant,”… The beast that thou sawest was, and is not; and shall ascend out of the bottomless pit, and go into perdition: and they that dwell on the earth shall wonder, whose names were not written in the book of life from the foundation of the world, when they behold the beast that was, and is not, and yet is.

And here is the mind which hath wisdom. The seven heads are seven mountains, on which the woman sitteth. And there are seven kings: five are fallen, and one is, and the other is not yet come; and when he cometh, he must continue a short space. And the beast that was, and is not, even he is the eighth, and is of the seven, and goeth into perdition. And the ten horns which thou sawest are ten kings, which have received no kingdom as yet; but receive power as kings one hour with the beast. These have one mind, and shall give their power and strength unto the beast. Revelation 17:6-13

The Prophet Daniel also had an  amazing vision about the beast in the  last days, “…After this I saw in the night visions, and behold, a fourth beast, dreadful and terrible, exceedingly strong. It had huge iron teeth; it was devouring, breaking in pieces, and trampling the residue with its feet. It was different from all the beasts that were before it, and it had ten horns. I was considering the horns, and there was another horn, a little one, coming up among them, before whom three of the first horns were plucked out by the roots. And there, in this horn, were eyes like the eyes of a man, and a mouth speaking pompous words.  Daniel 7:7-8

The Angel goes on to explain to Daniel,  “…And the rough goat is the king of Grecia: and the great horn that is between his eyes is the first king,”  Daniel 8:21.

The first King?  So who was the first king?

“The first was like a lion, and had eagle’s wings: I beheld till the wings thereof were plucked, and it was lifted up from the earth, and made stand upon the feet as a man, and a man’s heart was given to it.” Daniel 7:4. 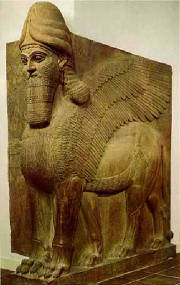 The first kingdom historically and biblically is Babylon. Who was the first king of Babylon?

“And the beginning of his kingdom was Babel, and Erech, and Accad, and Calneh, in the land of Shinar.”(Gen 10:10) The other version states that Nimrod is the first king who rule over all human on earth, no one before him is ever mentioned as a king.

Most students of the Bible know him from the story of Nimrod and the tower of Babel.  When God confused the languages Nimrod’s name changed to reflect the different languages.  In his book, The Giza Discovery, author Peter Goodgame has done a masterful job of laying the foundation of who this guy was to the ancient world… and who he will be in the days ahead. The Bible calls him Nimrod, but to the ancients he was known as: Gilgamesh, Baal, Melqart, Adonis, Eshmun, Dumuzi, Dionysus, Bacchus, Orion, Mithra, Apollo, Ra, Tammuz, and Osiris.  Other scholars have linked Maitreya with Nimrod/Osiris/Ashur. 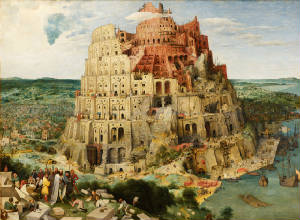 Strong’s Concordance. nekach: before, over against. (He obviously was against the Lord).

The Bible describes Nimrod as mighty.

(Before the flood). There were giants in the earth in those days; and also after that, when the sons of God came in unto the daughters of men, and they bare children to them, the same became mighty men which were of old, men of renown, Genesis 6.

Giants?  Goliath was a giant, whom David fought.  Besides Goliath, the Holy Bible mentions many giants:

“…all the people that we saw in it are men of a great stature.  And there we saw the giants, the sons of Anak, which come of the giants: and we were in our own sight as grasshoppers, and so we were in their sigh,” Number 13:32-33.

That also was accounted a land of giants: giants dwelt therein in old time; and the Ammonites call them Zamzummims; Duet. 2:20.

These giants had six fingers and six toes:

“And yet again there was war at Gath, where was a man of great stature, whose fingers and toes were four and twenty, six on each hand, and six on each foot: and he also was the son of the giant,” 1 Chronicles 20:6.

And there was yet a battle in Gath, where was a man of great stature, that had on every hand six fingers, and on every foot six toes, four and twenty in number; and he also was born to the giant.  2 Samuel 21:20.

So the angels had children with human women and as a result, some of their offspring were a strange race of giants and had six fingers and six toes.  The early writings and ancient relief’s show these people believed these angelic beings to be gods and worshipped them.

The angel explains to John in Revelation about the beast, “The beast that thou sawest was, and is not; and shall ascend out of the bottomless pit, and go into perdition: and they that dwell on the earth shall wonder, whose names were not written in the book of life from the foundation of the world, when they behold the beast that was, and is not, and yet is.” Revelation 17:8

“…And there are seven kings, five are fallen, and one is, and the other is not yet come; and when he cometh, he must continue a short space. And the beast that was, and is not, even he is the eighth, and is of the seven, and goeth into perdition. Revelation 17:10-11.

The angel is saying that five kings have already come and gone, one was at the time John was alive and another one was coming.  To sum it up there will be seven kings total and the eighth king will be one of the seven. If you go back to what the angel Gabriel told Daniel, he said, “…the great horn (the false Christ) that is between his eyes is the first king.”

There are several different theories on how King Nimrod was killed but they all have one thing in common, he was murdered by a sword.

This end time prophecy has not happened yet; “And this man (the Messiah) shall be the peace, when the Assyrian shall come into our land: and when he shall tread in our palaces, then shall we raise against him seven shepherds, and eight principal men. And they shall waste the land of Assyria with the sword, and the land of Nimrod in the entrances thereof: thus shall he (the Messiah) deliver us from the Assyrian, when he cometh into our land, and when he treadeth within our borders,” (Micah 5:5-6, KJV).

Here’s another clue. The European Union’s official poster promotes the EU parliament. Notice the Tower of Babel and above it has one large star?  This represents their false Christ at the top and the smaller ten stars, the ten kings of the world who will rule with him.  Notice the stars are pentagram’s?

In Revelation, the angel explains to John the mystery of the ten horns on the strange beast from the sea, “…And the ten horns which thou sawest are ten kings, which have received no kingdom as yet; but receive power as kings one hour with the beast.   Revelation 17:12.

The goal of the New World Order is to set up a world like ancient, pagan Babylon to worship the false Christ and Lucifer.  “…And they worshipped the dragon which gave power unto the beast: and they worshipped the beast, saying, Who is like unto the beast? who is able to make war with him?  Revelation 13:4.  The great city where this false Christ will rule from is called “Mystery Babylon.”

Nimrod had a wife who was also his mother. She is called the Queen of Heaven and has many different names in different languages. Some of the names and titles is known under the following: 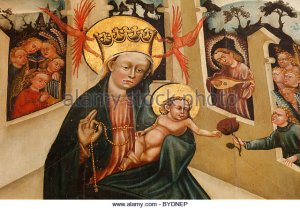 In Rome, they call this Queen of Heaven Mary, but she is not Jesus’s mother Mary, she is the pagan goddess of ancient Babylon.  Notice in this painting she is depicted with six fingers. She obviously is not our Lord’s mother and should not be worshipped as such.

No matter who the end-times false Christ is , Jesus will defeat him; “ And then shall that Wicked be revealed, whom the Lord shall consume with the spirit of his mouth, and shall destroy with the brightness of his coming….” 2 Thessalonians 2:8.  Jesus is the king of kings and Lord of Lords!

Have you ever wondered what it will be like in what the Holy Bible calls the Tribulation?

“For then shall be great tribulation, such as was not since the beginning of the world to this time, no, nor ever shall be.” Matthew 24:21

Step into the future in SCARS, a gripping story of a sixteen-year-old girl who struggles to survive the Tribulation. Over 200 five-star reviews!

The Apocalypse Continues. . . . Trial by Fire takes you on an unforgettable journey through the apocalyptic ruins of a Northern California city into the vast wilderness where Brock must decide on which side he will fight. Will he bow down to the beast and take the mark?

Hundreds of rave reviews and available in most formats and most stores! 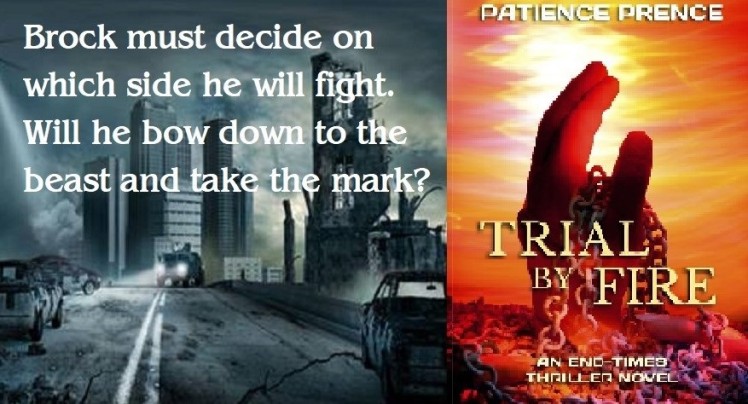